Skip to content
Waggler Fishing on the Avon at Harvington
Posted on September 5, 2017 by James Robbins 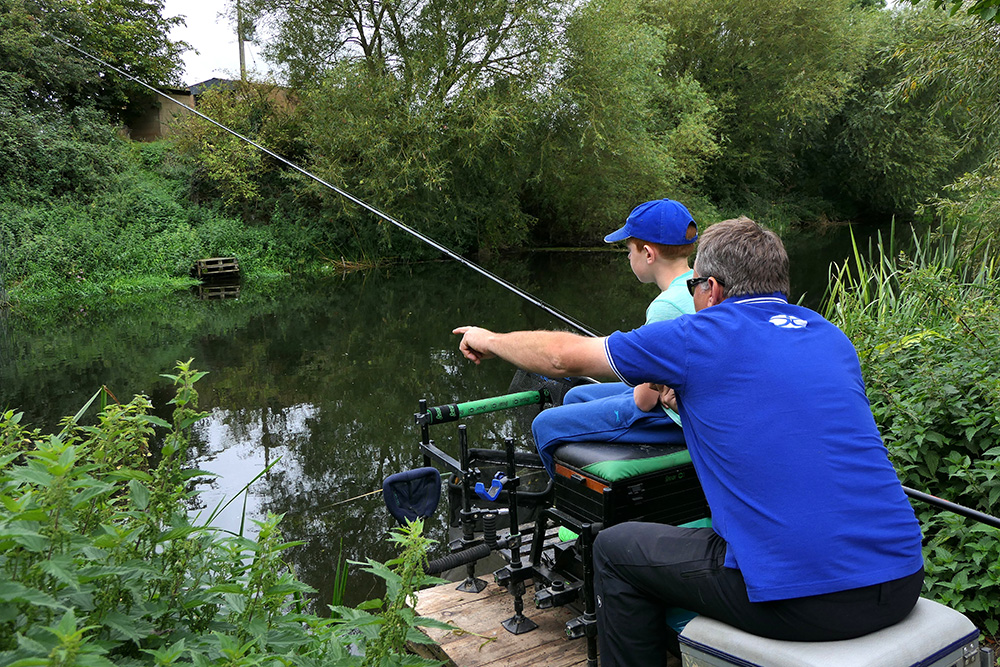 Trevor Chalk (AKA Chalky) is a friend I’ve known for over twenty years on the Midlands match scene. We fished together in the Portway team for several years and I’ve always admired his skills as a very experienced match angler – he’s the sort of guy that’s always tough to beat in your section. Through Trev’s regular (and entertaining) Facebook posts his son Dan has also caught our attention. Dan is twelve years old and fishes for the successful Evesham Juniors team. On a match earlier this year, Trev explained how much he enjoyed the connection with his son and time spent together through their shared passion for fishing. Since then Trevor has become a brand ambassador for Cadence and we planned a day out with Dan to do a blog together.

When we discussed the venue to fish for this blog, both Trev and Dan suggested we go for a natural river venue. Something different for Dan to get stuck into and learn some new skills outside his pole / commercial lake comfort zone. As they live in Evesham we decided to head not too far away to Harvington on the Avon, upstream of the town. This fishing is managed by David Bird and Manor Farm Leisure and it’s a stretch that both Trev and I had used to match fish on in the past. I hadn’t been for over ten years so was really looking forward to getting back to this beautiful and prolific stretch. Like many stretches of the Avon this venue is now mainly the domain of barbel anglers, with general river species like chub, roach and dace often neglected; good news for us match anglers!

Trevor suggested I fish with Dan on a nice peg where we could fish the waggler, a new method for Dan. He went a few pegs below and also planned to fish the waggler on a hot chub peg just above the old and dismantled river lock. I set up Dan with one of our Cadence CR10 13ft #2 match rods and a Cadence CS8 3000 reel. We went through the basics of setting up a waggler and explained the different types of floats often used when waggler fishing on rivers. Interestingly, Trev didn’t offer Dan any of his wagglers for us to use. Maybe Trev didn’t want to show us his secret float selection? Maybe he was embarrassed about the state of his float selection? Or maybe he was too tight to lend us one, I’ll let you decide 😉 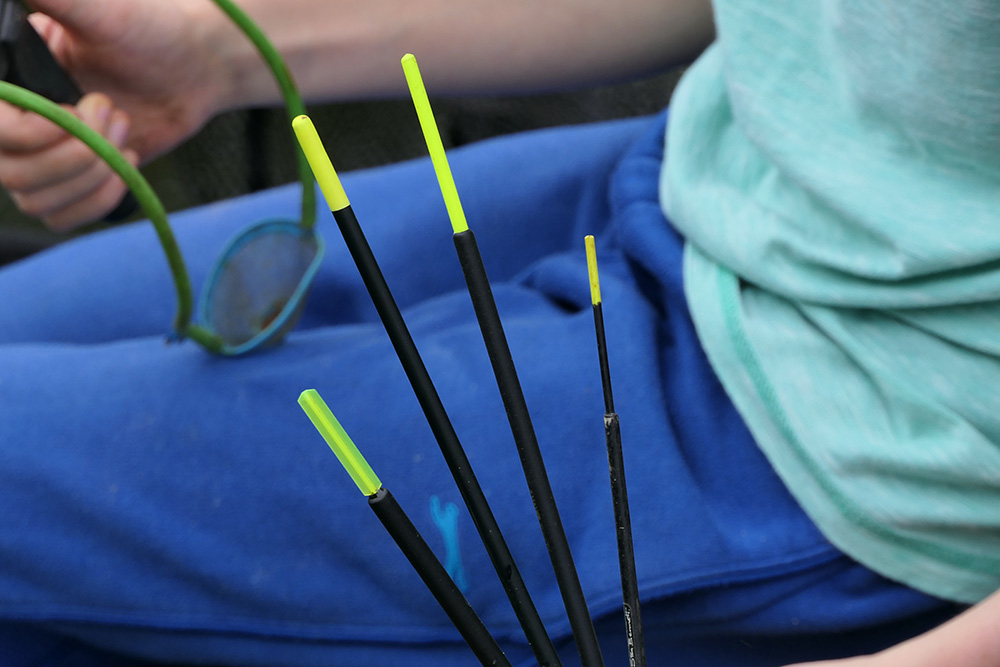 The waggler we selected was a straight peacock version with a 3AAA capacity. As the peg was fairly pacey with the main flow just past the middle I felt 3AAA would get us the distance required and also enable the float to be controlled easily. A famous quote from Billy Lane’s books on float fishing was ‘choose a float that bosses the water’. A great rule, especially when float fishing on rivers. 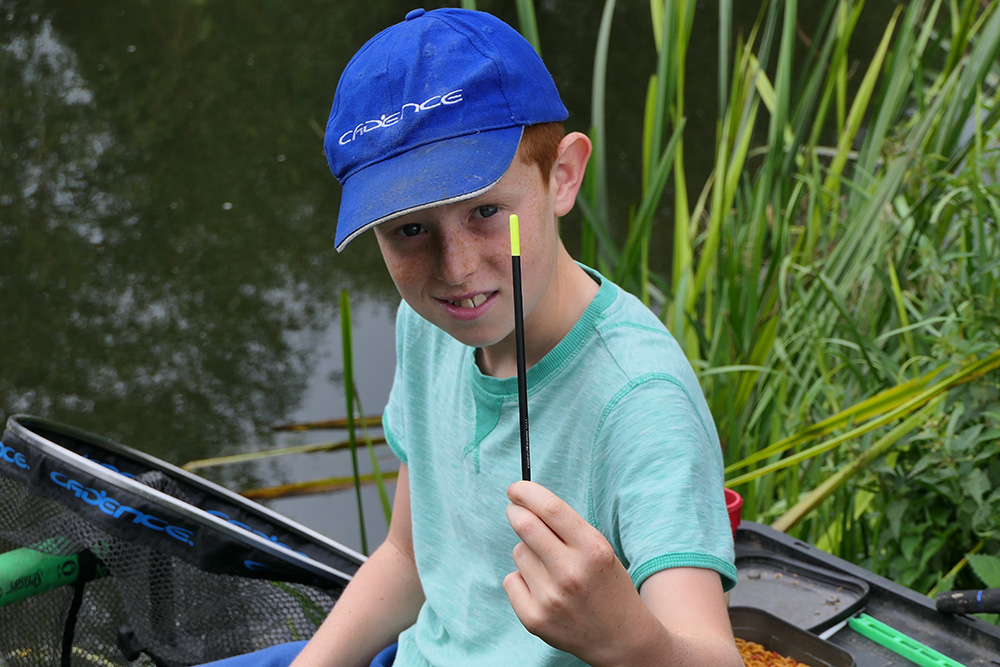 I explained about the importance of using a float adaptor, rather than attaching the float directly to the mainline. This is a big advantage as it allows the float size and pattern to be changed easily and quickly – we may need to change the size of the float to a bigger size if the wind gets up or go for a more sensitive lighter float if the fish feed closer and up in the water. 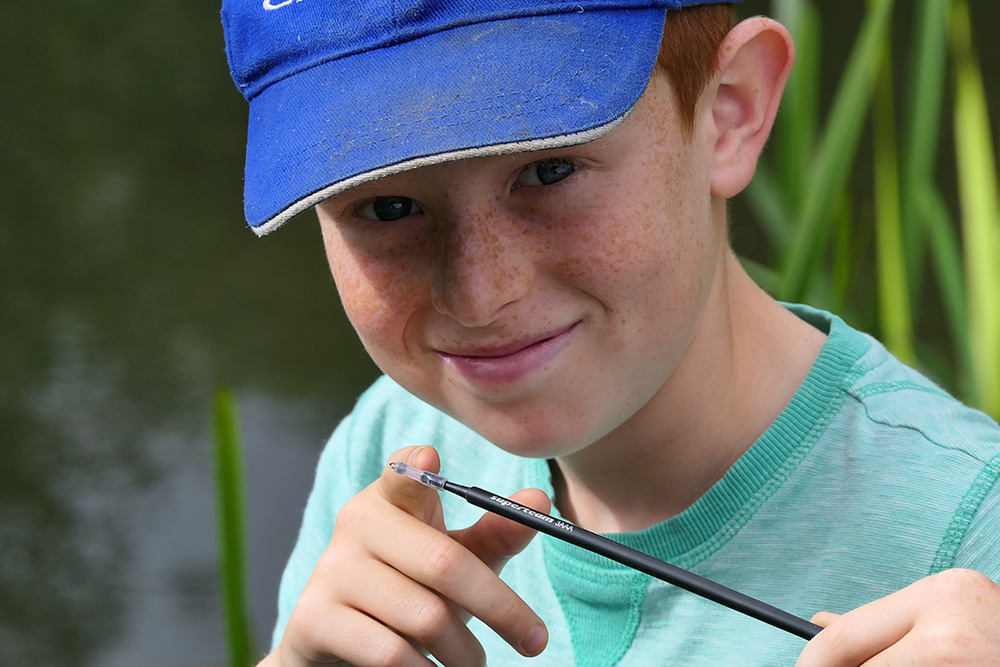 Mainline was 0.16mm DH Pro Float coupled with 0.12mm Pro Rig hook length, hook was a size 19 Kamasan B711. Although we were targeting smaller silverfish like dace and roach, there was always a chance we could hook a bigger fish like a chub so we felt this rig gave us a fighting chance. 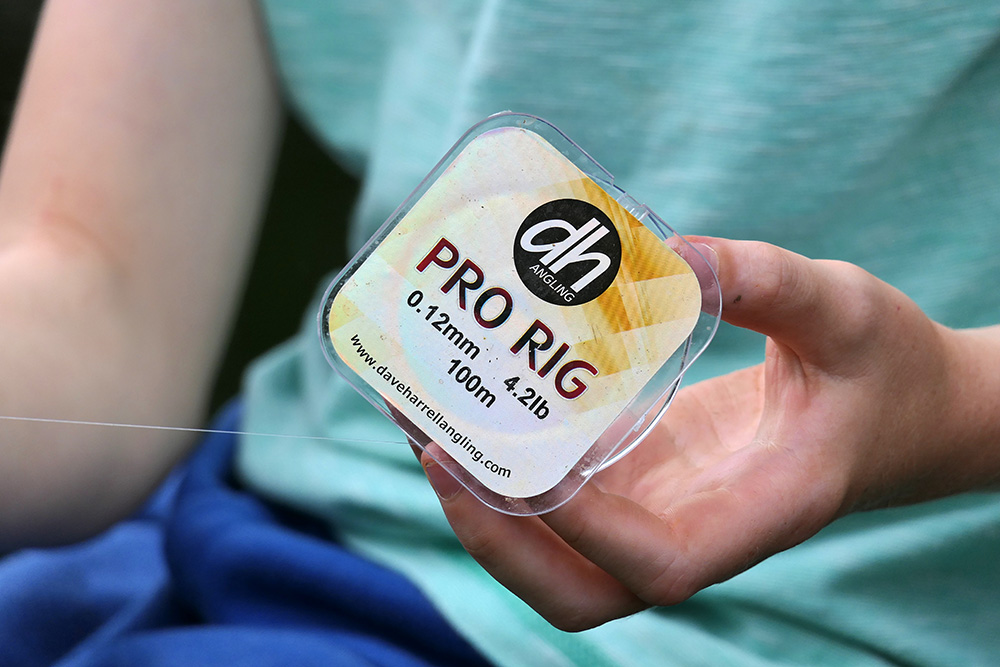 The shotting for the rig couldn’t have been simpler: 3AAA shots as the main bulk around the float and 3 x no 10 shots spaced out below, classic Avon waggler fishing! An important tip that Dan picked up on was how well we shotted the float to ensure only a tiny blip of the float was showing. This would enable the float to be extremely sensitive and is something that a lot of pleasure anglers don’t do correctly. As the float was a straight peacock design the tip of the float was still visible and enabled us to change the presentation and shotting of the rig very easily. Sometimes a great tactic when waggler fishing is to ‘drag some line’ on the bottom, allowing the bait to be slowed down slightly as the float trots through the swim. The extra buoyancy of a straight waggler can enable that much better than an insert design.

Dan asked me about casting the waggler and where to cast the float in the swim; a good question! An advantage of using a waggler is its ease of casting. I showed Dan how to cast the float easily and smoothly and the importance of feathering the line into the water. This creates less disturbance in the swim rather than the float ‘crashing noisily’ into the water and also helps to reduce tangles. As we were targeting the middle of the river as the main area to trot the float I also explained how to cast past this feed area and slightly downstream of the fishing position. The float can then be carefully pulled into position in the main feed area and instantly start the trot in a controlled way. Casting in front or even upstream makes controlling the float much more difficult.

The bail arm on the reel is then kept open and the line controlled by your finger to ensure the float travels through the swim smoothly and naturally. At this point I realised I was handicapping Dan by using an open faced reel. It was nearly impossible for Dan to reach the spool lip with his finger. A closed face reel would allow Dan to achieve this much more easily and also has the advantage of a very quick and smooth pick up; perfect for beginners. We both agreed that Dad would need to buy him a closed face reel – this would be a big shock for Trev!

For bait we had 2 pints of bronze + a few red maggots and started feeding with 20-30 maggots via a catapult. I explained the importance of feeding a tight area in the swim once or twice every cast. Regular feeding like this is so important to attract the fish into the swim and encourage them to start feeding. Float fishing on a river like this is not a lazy tactic, it’s busy and it’s critical to get into a smooth routine of casting and feeding. Not easy. 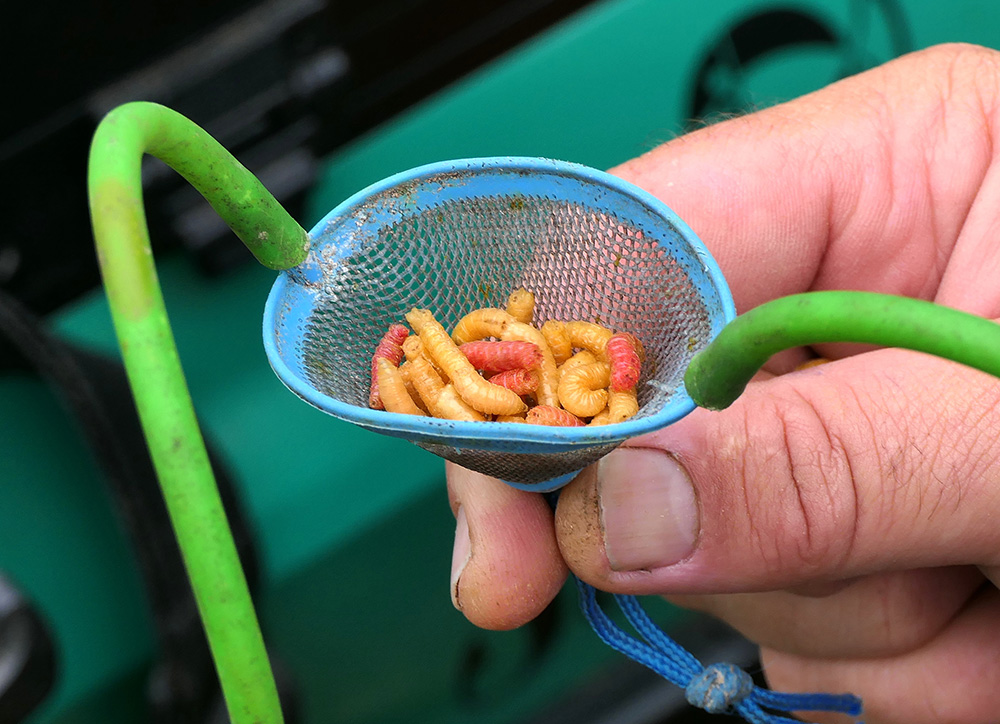 After only feeding for five minutes we started to spot fish swirling in the feed area. A welcome sight. They looked like dace and it reminded me of fishing matches in the past on the stretch below at Twyford farm. Brilliant! Dan couldn’t wait to bait up and start fishing so we made his first cast together, pulled the float into the feed and Dan had an instant bite and hooked his first fish on the waggler, a small dace. 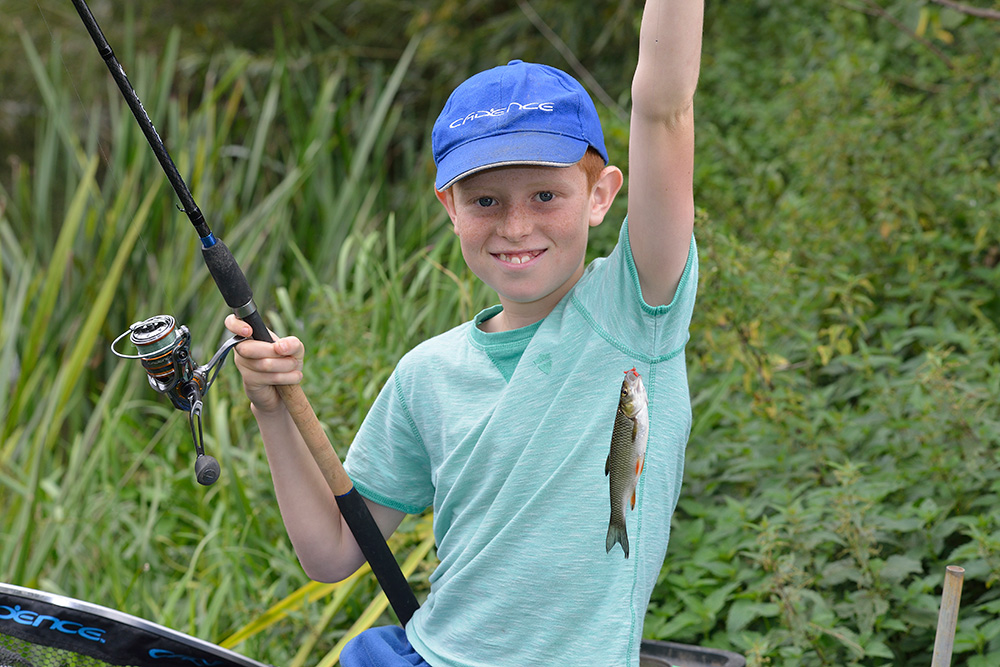 Dan soon got the hang of casting and developed his own way of managing the reel and controlling the line whilst striking. He caught a quick procession of dace with many bites coming as soon as the float was in position. Gently moving the float in the feed zone often resulted in a dace being hooked ‘automatically’ and it was great to watch. 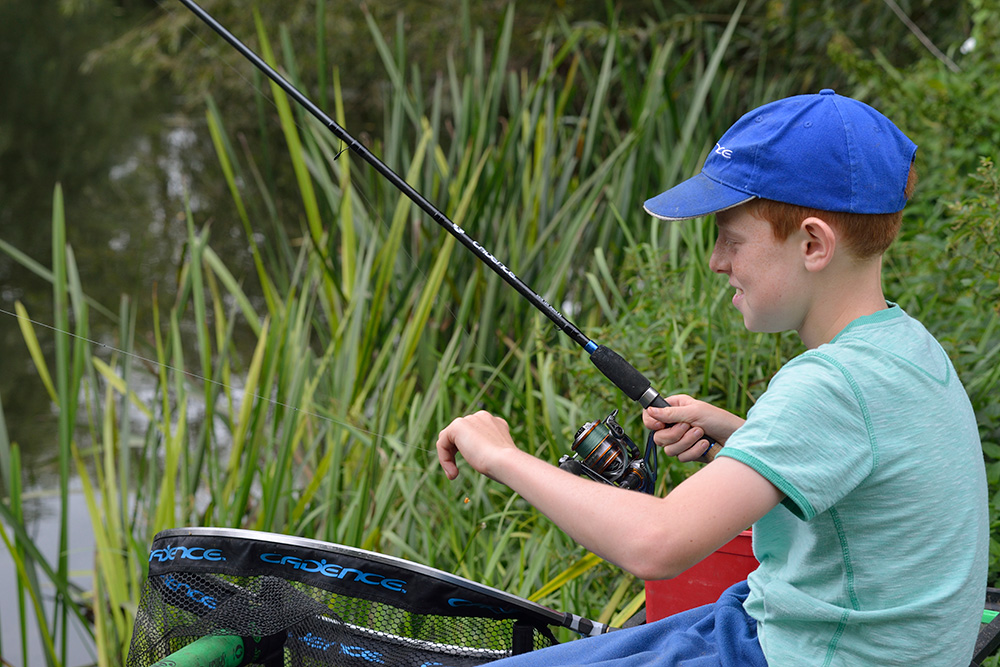 As the session progressed we tried to exploit different areas of the swim and I explained that this helps to rest the main line. Occasionally Dan tried fishing his float close in, resulting in some nice perch on double red maggot 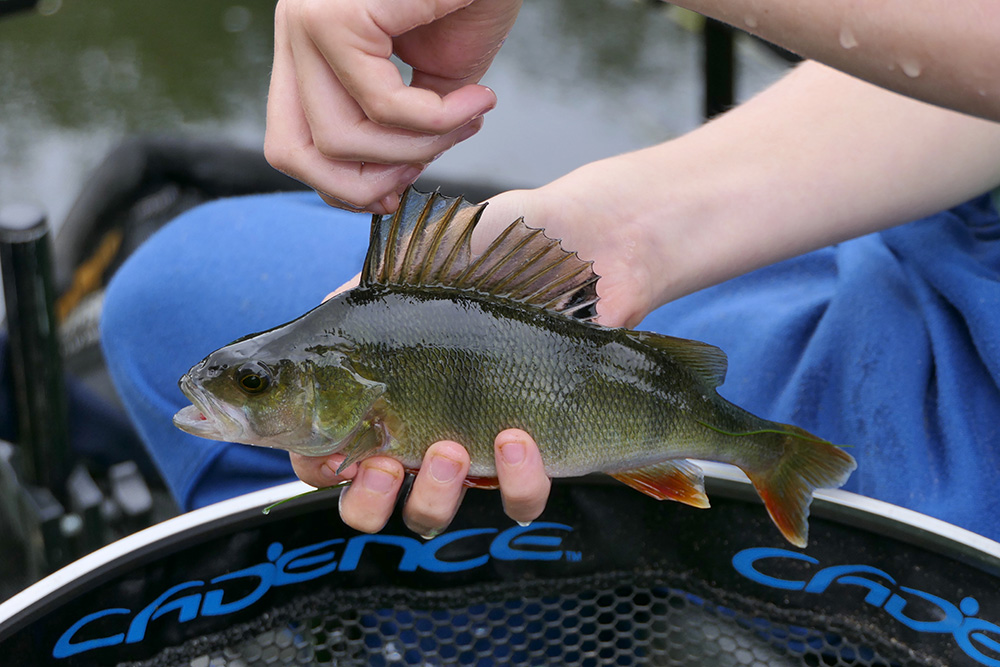 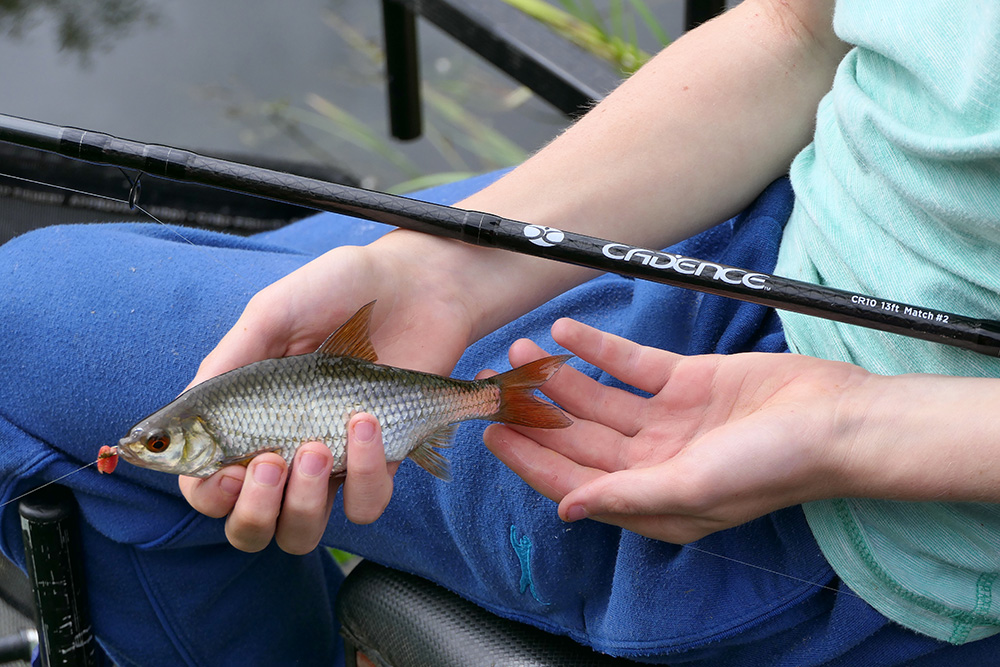 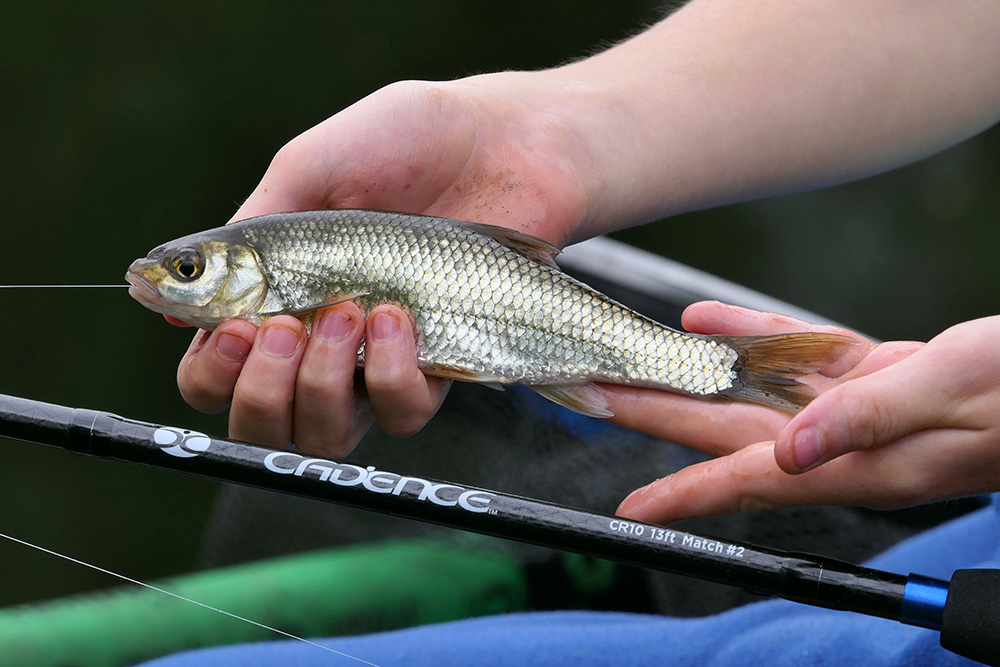 After about three hours’ fishing we decided to call an end to the session and take the catch shot. Trev came to join Dan in the limelight and was seriously impressed with his catch of over 7lb of dace, small chub, roach and perch. Dan’s now keen to go river fishing again and wants us to shoot a video with him. Watch this space. 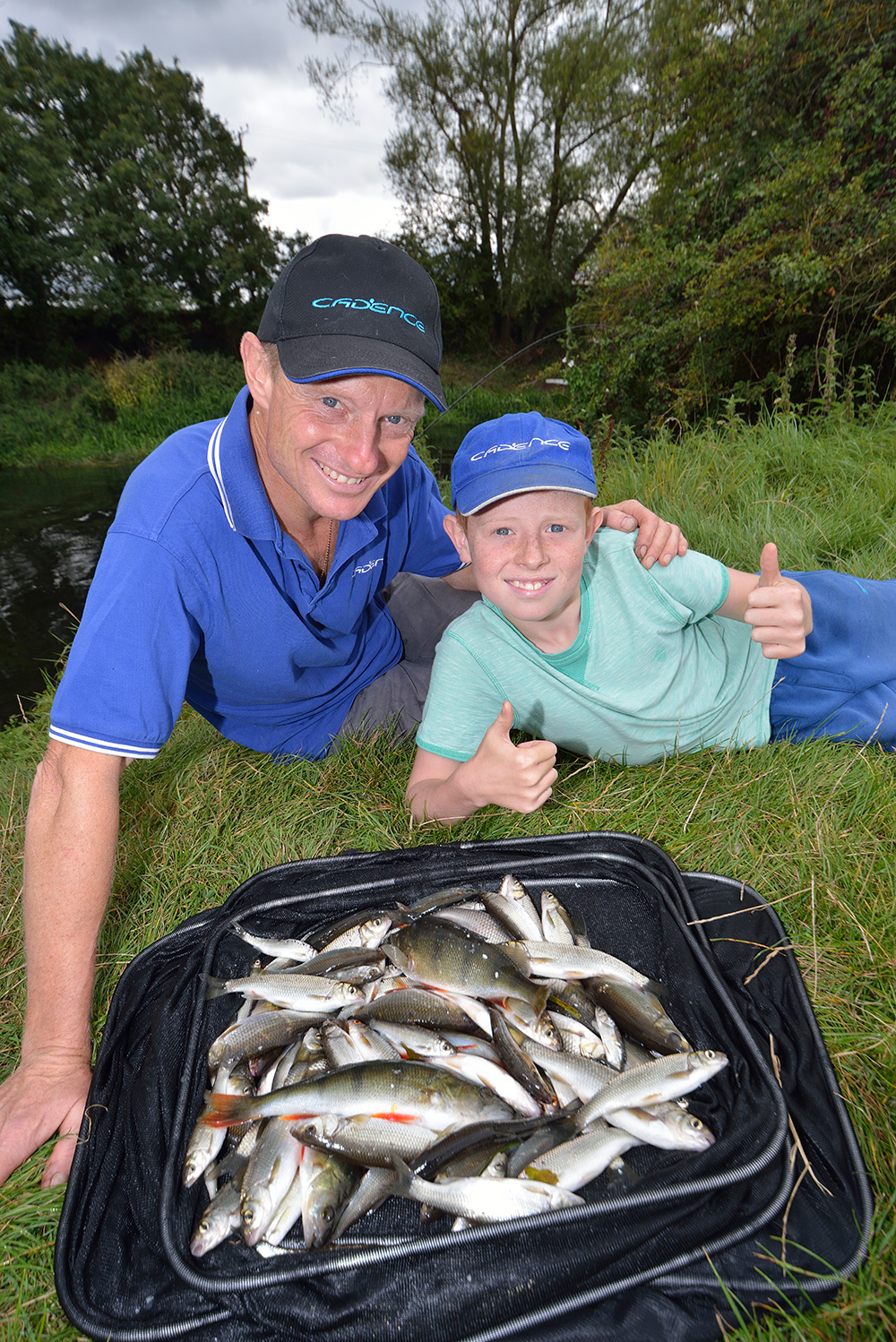