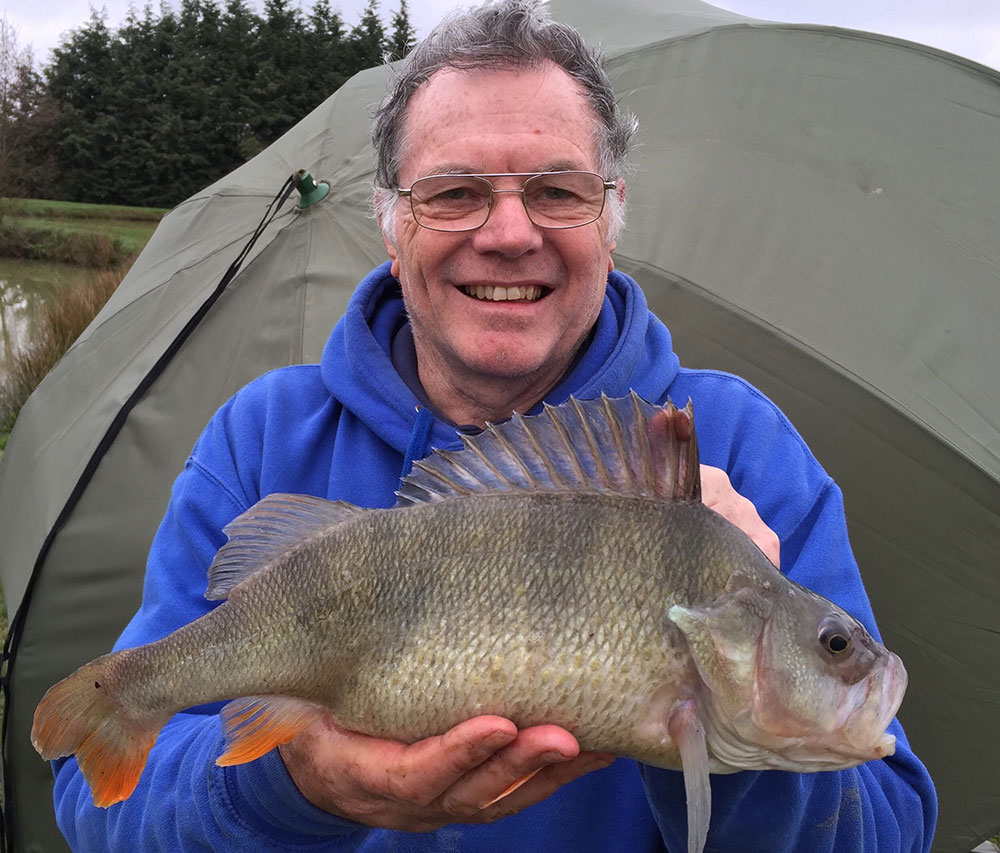 Steven Chatfield loves a bit of perch fishing, in this latest blog he heads out in search of big perch using a new prototype specialist rod from Cadence.

I have been a Cadence Ambassador for a couple of years now, unlike the majority of ambassadors I am not a match Angler, I just love fishing and enjoy a micky take on the bank. It is hard to put myself into a genre. I am not a “fair-weather angler” or a member of the “bivvy brigade”. I use most methods to catch fish; well try to catch fish!

This season I was delighted when James asked me to try a prototype of a new addition, he was thinking of adding to the Cadence range. A 1 1/2 lb TC 12ft two-piece multi-tip rod, which has both a quiver tip and an Avon type top section, which is designed for the specialist general angler.

I have used this rod on both rivers for barbel and chub as well as lakes on the method. I must say I am delighted with the action and performance and with a few minor changes, believe this will become another fantastic addition to the Cadence Range. I have had barbel to 10lbs and carp to over 20lbs using the prototype.

However, what I really want to use this rod for is perch fishing. Perch along with roach were probably one of the first fish we caught as kids. A worm and a float often produced that typical bob, bob, dip followed by the slow slide away of the float.

Nature has perch and pike as one of the earliest fish to spawn for a reason, that is when the silvers spawn the small predator fry will find plenty to eat. Harsh but true.

Unlike pike, perch will happily swim among the silverfish shoals without looking a threat. They swim with their mouths closed very slowly and meander with the shoal. If they are peckish, they slowly move near the target and in a split second open and close their cavernous mouth to engulf the prey. It is so quick that although the nearest silvers sense something, they do not spook, and the perch does not swim off. It is like the silver asks, “where’s Jonny gone?” and the perch just shrugs and smiles. The best place to hide is in a crowd! When perch get larger, they tend to seek more cover and are solitary, or in much smaller groups, these are the fish I want to target with this prototype rod.

For the session, I went to a commercial fishery that I know holds a head of good-sized perch. The swim I selected had the wind behind me and cover on both an island in front of me and down the edge. This lake is quite shallow at about four feet deep.

I set up about 20 metres away from the edge of the lake, the main tactic today being to present a prawn bait on a running bomb, later switching to a waggler float down the edge.

Before setting up my rods, I fed with a small Spomb rocket loaded with a mix of chopped worms, dead maggots, caster, a few pinkies and some chopped cooked prawns all soaked in Red Fish Liquid from Evolved Baits (not too much as it is very fishy).

Perch hate any resistance on the line, so on a lake the quiver tip was no good, as I have had many dropped takes using these in the past. I was going to present a running rig using a Drennan Quick Change Bead with a small piece of silicon sleeving to prevent losing the hook length and a Drennan Small Running Bead with a 1/4 ounce bomb. Bite indicator was an electronic buzzer. Now as I said perch hate resistance, so a heavy bobbin is also a no-no. I change to a light plastic one and set this with a long drop around 12”. The hook length is at least 18” of either 0.16 or 0.18 Preston Innovations Reflo Accu Power line, and my hooks Gardner Talon Tip Barbless sizes 10 or 6 depending on bait size.

Just a quick note on buzzer etiquette, please turn the volume down. Anglers around you don’t need to know you have a bite so turn them down so everybody can fish in peace.

For waggler fishing, I set up a Cadence CR 14ft #2 Match rod with a Cadence CS8 3000 reel loaded with DH 0.20 float line. A DH Sensitip 2AAA waggler with a small bulk of No.8 and two droppers, with the same hook length setup as my running rig.

Prawns are one of my favourite perch fishing baits, you don’t need to go silly, one pack of Tesco value cooked and peeled prawns and a pack of uncooked peeled freshwater king prawns does the job. The smaller prawns can be threaded onto a size 10 from either end, but as they are cooked, they can be soft and do split. I find it best to start at the tail end and roll around the hook with the point showing. The larger prawns can be hair rigged or hooked through, these are tougher and need a bigger hook usually.

By their very nature, perch are quite cautious and often push or taste a bait in the front of their mouths before they take a bait. This is why I fish with a long drop on the indicator, you maybe only get a single beep and very slight movement up and down before a slow, steady take.

It is also worth noting that despite the trend in lure fishing of holding perch by their mouth, this is one of the DO NOTs in fish safety. The jaws on perch are quite soft, so if you hold it by the mouth and it kicks or flips, it can easily damage the fish and dislocate or break the jawbones. When that happens, the perch cannot eat and will starve to death.

And with these tactics, how did I get on? Well, I had a couple of the lead including a real lump of 3lbs 2oz, later on in the session when I moved to the waggler, I caught a couple of smaller perch down the edge. All in all, a successful session.