Skip to content
Back to Basics: The Old Methods Still Work
Posted on July 3, 2020 by Steven Chatfield 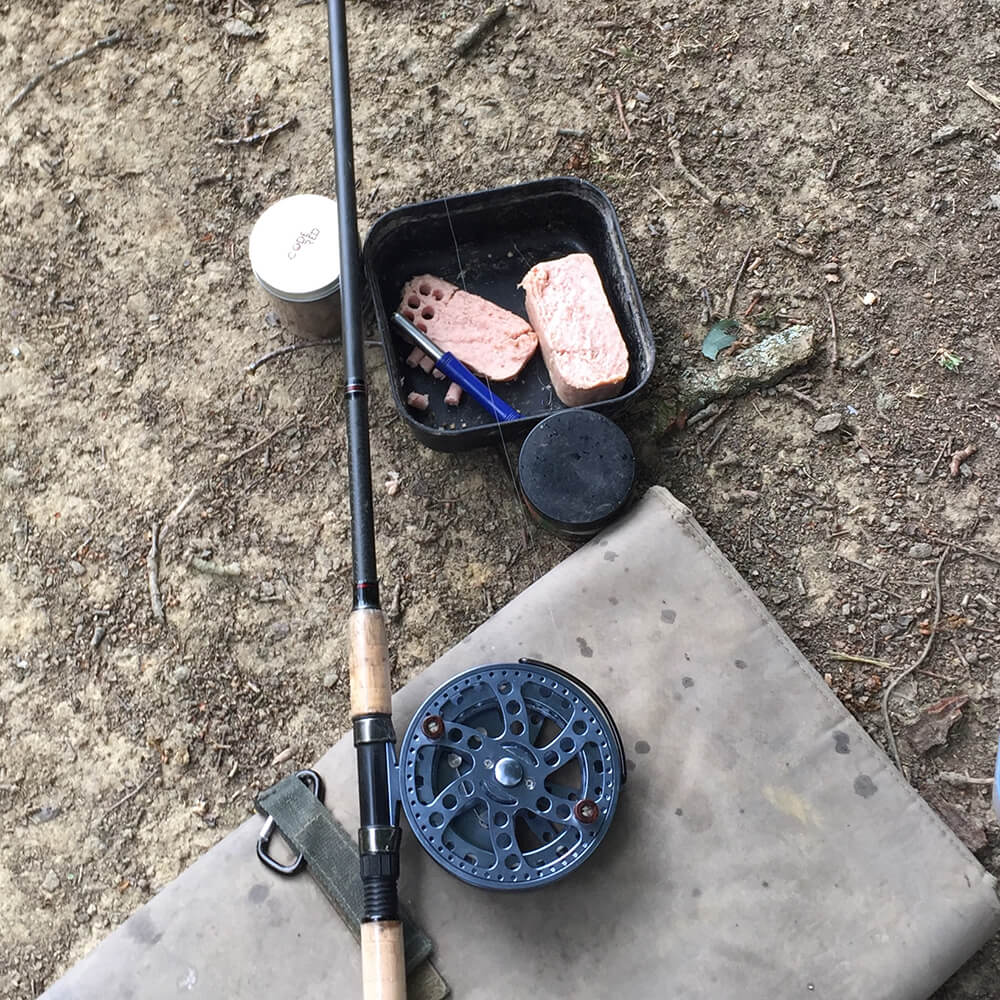 Steve Chatfield goes in search of carp using a back to basics approach, where he proves that the old, simple methods have plenty of life left in them yet.

I have not bothered to go our much while we were experiencing the heatwave. The best fishing as expected was either at first light or at last light. Basically, what you should expect at any natural water. Luckily the weather over the last few days at the end of June has been more unsettled and much cooler. So, I thought I would go back to basics with just a rod, reel, landing net and some sweet corn and luncheon meat for bait.

My rod of choice was a Cadence prototype specialist rod. Its 12ft and has a 1 1/4lb test curve multi-tip, which is either a quiver top tip with multi-tips or an Avon top. Coupled to this I had a centre pin reel loaded with 0.26mm line, which I use to either trot or roll meat when fishing for barbel. Sadly I live miles away from any barbel, so this time I was hit and hold fishing for carp!

I selected a nice quiet corner that had the wind blowing into it. Plumbing up I found around one metre at the rod length straight out and around half a metre under the bush to the right in the corner.

I cut up some meat into 12mm thick slices and punched out some for the hook. The leftover pieces were broken up for feed. This was fed straight out. The sweetcorn was fed little and often into the corner area.

I was using a small loaded 2BB waggler with three float stops plus two No6 droppers just above a six-inch 0.19mm hook length to a size 10 Drennan Super Specialist hook. I started straight out and quickly had a couple of bream around the 3lb mark. After an hour a small mirror showed up then another bream before it went quiet.

With the continual drip-feeding under the bush, finally, a few signs of carp started to appear with slurps, swirls and blowing. Time to give it a go with the sweetcorn!

I had several indications and a few missed bites before I hooked one, a common of around four pounds. I kept feeding and more fish arrived and I had a further four, all of a similar size. Before long my alarm went off on my phone and it was time for one last cast.

I hooked into a much better fish which tore off about twenty metres of line, luckily, after several good runs, I managed to get it into the net and it was a nice common of 9lbs.

The trip put further emphasis on the fact that going back to basics and using the old methods, still works, it doesn’t always take the most complicated methods to catch fish, consistently. As for the prototype rod? It performed brilliantly, it has the progressive action synonymous with Cadence and hopefully, when the testing has been fully completed, will be a welcome addition to the range for non-match anglers.