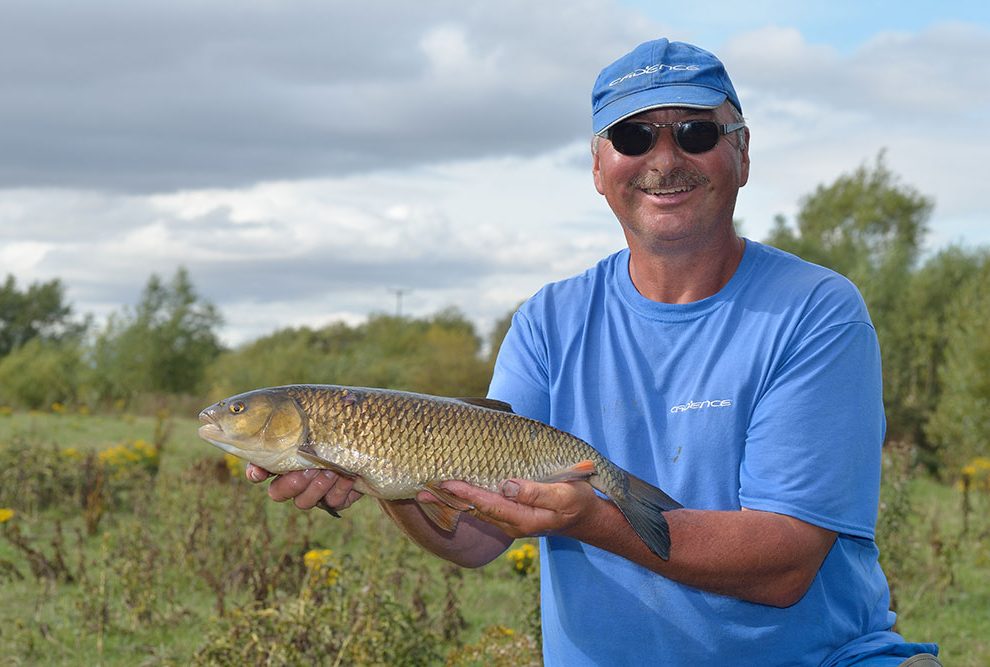 Is there a “perfect” rod for river fishing?

Choice is a great thing, but it can also be bewildering! I am joiner, and I have lots of tools which do lots of different jobs perfectly, but sometimes I could get by with some other tool in my box. Same goes for fishing rods in many ways, but perhaps a nice compromise for many anglers is the Cadence Fishing 14ft #2 Match Rod. Let me take you through a recent day with it on my beloved River Swale.

In matches on the Swale, pegs are long and you can often find three or even four likely fish holding spots within a numbered swim where you can choose to try and catch. A lot of decision making depends on water levels of course. This dry and hot summer has seen the river on its bare bones, but a recent modest freshen up has helped a little bit, but on the day of my visit for this feature I had to rely on my intimate knowledge of the river in order to catch a few fish. I reckoned the first few club member’s only swims located above Morton Bridge near Northallerton might throw up a few fish for me, simply because the tree lined bank stays in shade for much of the morning, and fish do seek cover when the river is low.

The water is currently crystal clear as well, so a worthwhile tip is to always avoid sky lining where the fish may be, and to approach your fishing spot as quietly as possible. I set up my box on the top edge of the slightly deeper run adjacent to the tree line and initially set up a small 2×4 wire stemmed stick float with a domed top on my Cadence CR10 14ft #2 Match Rod. So why choose this rod? A 13ft or even a 12ft could have been used surely? Yes, I agree, but where that extra length scores, centres around line control and pick up. The #2 rating of the rod would also cope nicely with smaller dace and chublets, as well as any larger chub which may well turn up on such a swim as this.

The Swale has millions of minnows in it, so it’s generally better to feed with hempseed and casters in order to try and avoid them and get through to the dace, chublets and hopefully chub which count in matches. I generally bring quite a lot of hemp and casters, maybe up to a gallon of each may be required on some days, so it can be an expensive day on the river!

Feeding the swim needs to be done frequently, certainly every trot, and I would suggest a couple of dozen bait samples at first to induce the fish to respond. It’s vital to catch the early morning feeding spell in this spot before the sun comes over and the shade disappears.

Shotting the float in only two to three feet of water is done with an even spread of size 8 shots, and I place the final one above my short hooklength of six inches.

I pre tie a lot of hooklengths and store them in a box. It’s important to change your hook as soon as you sense the current one may be becoming blunt. A sharp hook will turn more bites into hooked fish. It sounds basic, but it’s amazing how many anglers I see bumping fish off simply because they are too lazy to tie on a new hook. The fixed hooklength size ensures my presentation is never compromised.

A couple of hours on single and double caster hookbaits soon had me catching plenty of decent sized dace, plus a couple of slighlty larger chublets. The fish seemed to prefer the deep red coloured baits, and when I tried maggots on the hook I was only pestered by minnows.

The 14ft rod enabled me to control the line perfectly in the pacey current which veered all over the place. I was able to control the float and hold it back when I needed to do so to induce a bite. The extra length was a godsend but I also knew I could handle any larger chub if one took the bait.

However, the larger chub remained elusive, so I decided to have a wander up and try another swim above me. This swim was a typical glide with deeper water and once again it also had a tree lined far margin, perfect for chub. I caught a couple of similar sized 10 oz chub from it, but still those elusive big ones were playing hard to get.

I returned back to my original spot and managed a scruffy looking bigger chub and added further dace. I felt there may be a better chance of larger chub further up stream, so we grabbed a catch picture of my morning’s work and headed off to pasture’s new.

A change to a pin stick float would allow the wary chub to feel no resistance on my next swim which had a much slower pace. The same shotting pattern was employed but these hard to come by pin sticks are ideal for this kind of fishing.

The key to catching chub on the Swale revolves around finding where they are lying up and then coaxing them out with judicious feeding regime. Once again the hemp and caster loose feed was pressed into service. It took around half an hour before I hooked my first chub, weighing around 3 lb. A lovely fish to catch on such a tough day, but I felt certain more would follow.

In the end my Cadence CR10 14ft #2 Match rod was well in control when I latched into three more chunky chub which did their level best to snag me in the tree roots, but the rod was more then a match for them with steady pressure drawing them out.

Job Done! The swims I had fished were all winners under the right conditions, but that’s how it is on the Swale. It all depends on the levels and the colour. One thing is for sure though, choosing the Cadence CR10 14ft #2 proved its worth. What a versatile tool this rod is! Perfect? Well, you do need to step up to a #3 on some swims, and with overhanging branches on some pegs, a shorter 12 ft rod could be a better choice. But for a rod which is very versatile, it’s hard to beat the 14ft #2.