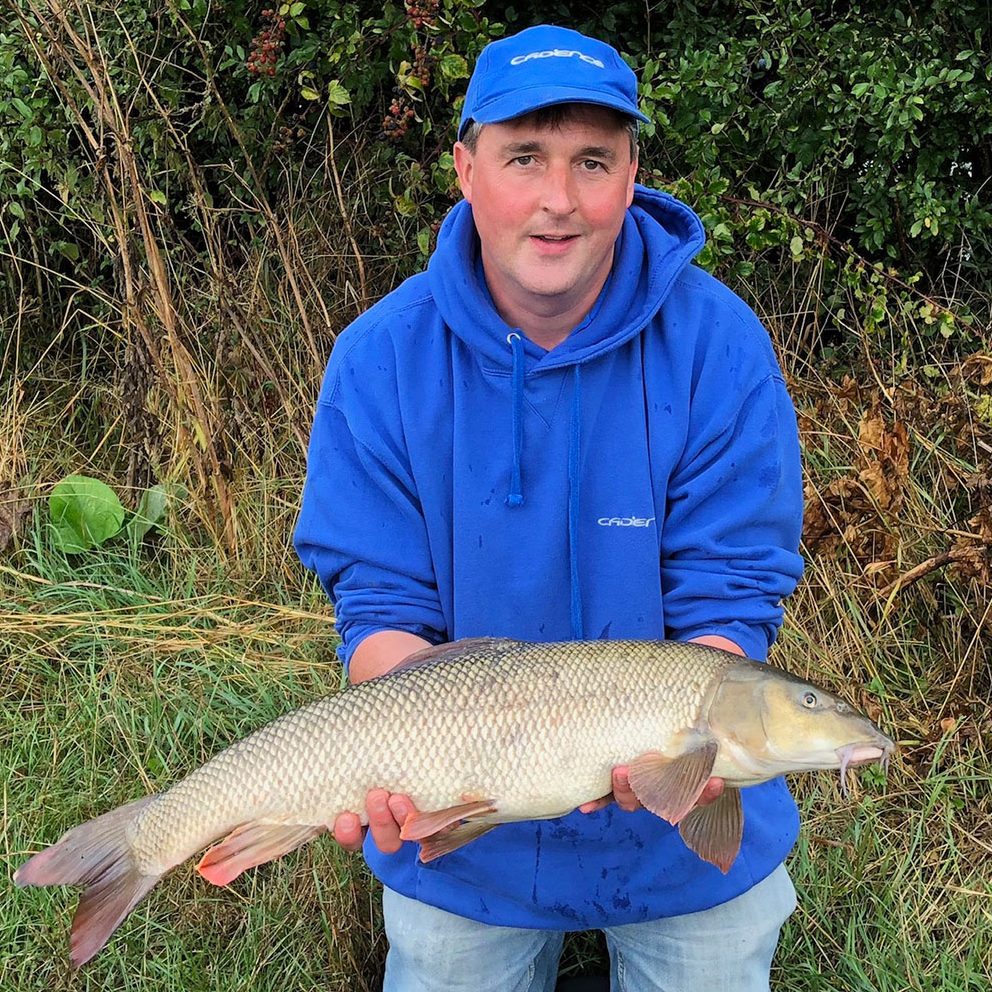 When I was seventeen years old, I caught a 9lb 12oz barbel, and a week later I lost a certain double-figure barbel right at the net, after an epic fight going through several weed beds. Losing that fish hurt me, having seen it a couple of times and particularly at the net, was even worse than not knowing how big it was. I packed up my gear straight away and went home gutted.

A double-figure barbel thirty plus years ago was a huge deal, especially for a youngster like myself at the time, and after fishing intermittently for another fifteen years, I still hadn’t caught one.

Fast forward another fifteen years to a bar in Nottingham on a wet and windy January Saturday afternoon, and a slightly drunk conversation with a good friend reignited a passion I’d forgotten about for the previous fifteen years.

Discussing our favourite rods and what methods we used to use was just fantastic. That enjoyable dialogue lead me to contact some friends in the angling fraternity, some I hadn’t seen for almost thirty years, and suddenly I was planning to go fishing again.

Being older, and hopefully wiser, I thought I’d set some goals as to what I wanted to get out of this reborn passion for angling. Firstly, I needed to retune myself with catching fish and try and learn any new methods and techniques that might be out there since my sabbatical.

I also decided to walk a lot of rivers watching, learning and listening to other anglers. At the back of my mind was the thirty-year niggle of that lost double figure barbel, so I planned to spend a bit of time trying to accomplish that long-held ambition.

I needed a rod up to the task, and luckily the perfect tool landed in my lap. I’d held a few rods since deciding to fish again, but once I’d held the Cadence CR10 14ft #3 Feeder rod, I knew it was the one for me.

It had sensitive tips and a medium-soft top section; however, the power was there in the middle and butt sections to handle big fish. It comes with 1.5, 2 and 3oz tips, and I purchased the 4 and 5oz tips as extra options. I now had a powerful, versatile rod I was sure could cope with whatever was thrown at it.

I took it to a local football pitch, which was 100 metres long, and practised casting a 2oz lead to see how far I could cast with it. The last three casts out of five went over 100 metres. That showed me there was more than enough in this rod so, and now I needed some time on the bank to hopefully catch some fish.

I live in Nottingham, right near to the River Trent however, the river around here was not something I knew particularly well because of my time away, so I concentrated on the river I knew best from my childhood, The Warwickshire Avon.

Even though I’d had good successes on The Severn in the past the real sadness I had was that my favourite river, The Teme, was a lost cause. Predation meant that the fantastic barbel stock that had been there was sadly lost, which is an absolute tragedy.

I’d heard big barbel were coming out of the Avon, and as I was working not far from there, it was the obvious choice.

After catching a few nice fish on a particular stretch, one day I suddenly hooked into what was a much larger fish. I knew by the bend in the rod that this was something special.

The fish tried to make its way into a few snags, but the Cadence CR10 14ft #3 Feeder did the business in being able to keep it out of all the underwater obstructions. After a few minutes, the fish surfaced, and I knew it was the double I’d been waiting for. Now it was up to me not to mess it up!

One last run and then it was safely in the net, with me exclaiming out a big loud “Yes!!!”. Resting the fish, I got my scales and weigh sling. A magical 10lb 4oz on the dial!

I rested the fish again, took some photos, and gently rested her one last time until she could swim wonderfully back to her home. I was so ecstatic I packed up there and then!

Catching an even bigger one was not in my thoughts; I just wanted to savour that moment.

I have smashed that personal best several times since, which now stands at 13lb 6ozs, and landed numerous doubles and big 9lbers on this fantastic rod. The power is always there to keep you out of trouble, and I know I could land much bigger fish on this rod, and hopefully, I will in the future.

There have been other fantastic fish and catches that I’ve had the fortune to make as well. Chub to nearly 6lb, bream to nearly 9lb and low double figure carp as well. It can handle almost anything and has helped me land fish that otherwise I might have lost.

It is an absolute workhorse as well. Near 200lb chub and barbel catches are no problem. It does everything a big river feeder rod should do. 4-5ozs feeders are no problem and even bigger leads. It is also perfect as a long-distance big still water feeder rod as well.

I don’t fish with any fancy rigs. Keep it simple is what I do. A basic running loop line for the feeder/lead, a hook length and that’s it. Mainline is typically Sufix Advance in .2, .23 or .25mm with either a Sufix Advance hook length or braid.

Most times I don’t need a shock leader as the .2mm line is at 10lb, but if I’m using a heavier feeder or casting a distance, then I’ll use one.

Hook size depends on the bait being used. I readily use the VMC Mystic Match feeder hooks or Drennan Super Spades in all sizes but scale up to Drennan Super Specialist eyed hooks for the larger baits.

My small hook baits are generally double or triple casters. My large hook baits are fishy pellets, Krill being a favourite, or meat. I’ve caught more barbel on meat than any other bait. I like Sainsburys or Morrisons home branded luncheon meat the best. They have the highest meat content and are nice and firm on the hook either by being put on with a bait needle with the hook point exposed, or hair rigged.

I’ve always used hemp in my feeders but this season I’ve started using Evolved Baits Des Taylor Pudding Mix with his barbel groundbait. Both the chub and barbel love it, along with the excellent amino hemp Evolved Baits do as well. I’ve certainly had some stunning catches on it.

These rods always travel with me to the river now. I have two permanently set up in my rod bags, and I’ve broken my double-figure duck from the Trent this season with a beautiful 10lb 13oz fish. Having landed over a hundred barbel this season alone with this rod, and close to double that of chub, It would take an awful lot for me to part with them.

Confidence in your tackle is paramount. The memories created even more so. Re-engaging with old friends and making fantastic new ones is the icing on the cake. Isn’t it amazing what a drunken conversation in a bar can lead to? 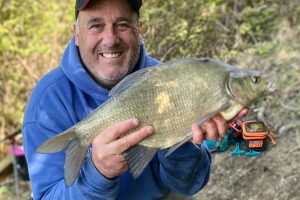