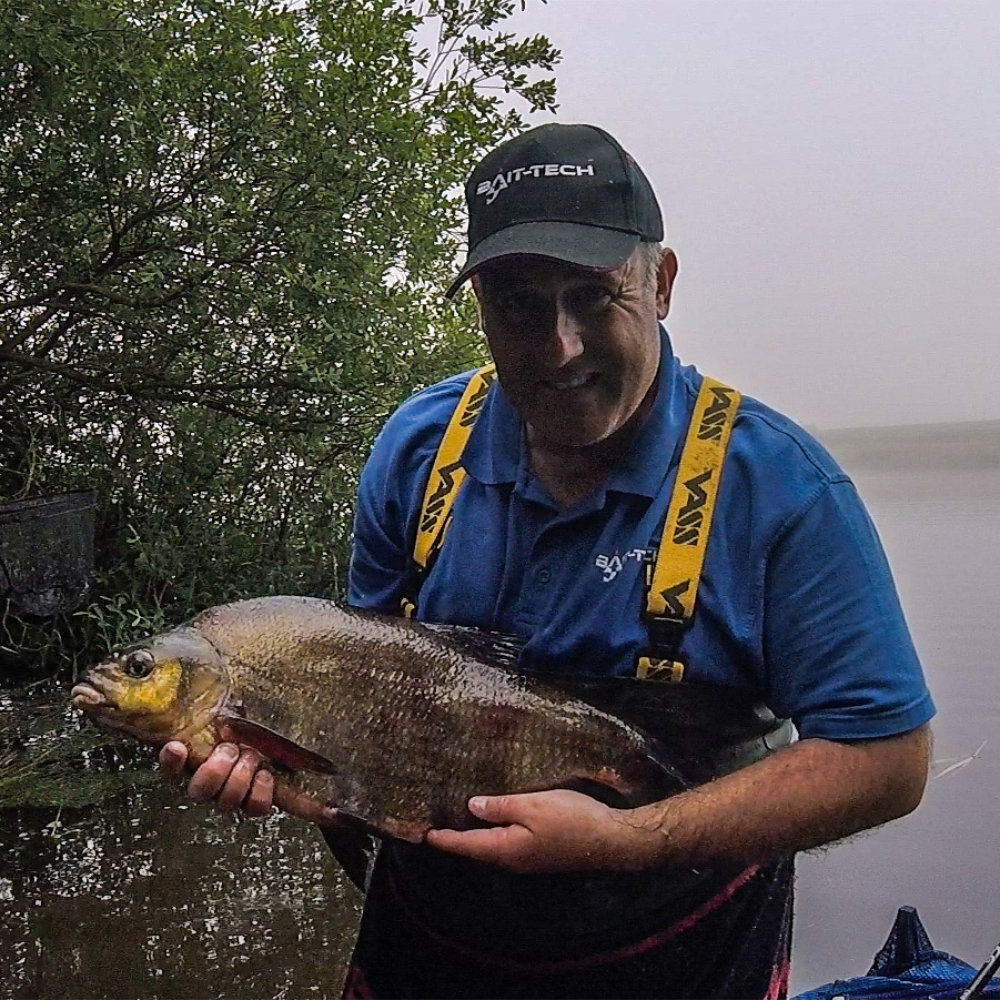 Steve Cowley fished the river season open day last week and had himself a red letter day with a personal record bag of a bream and a new PB too.

After what seemed like an age of waiting, the glorious 16th was upon us. It seemed like a very long time coming this year. I, like so many other anglers around the country, still feel the magical buzz when the clock ticks on through to midnight. As is customary for me now, I’m on the bank by 4 pm, getting everything all in order ready for the big off.

This year for the river season open I joined good friend, Keith, in the middle of the Fenlands somewhere, with only one thing on our minds, bream. The area we had chosen to fish was around 80 to 100m wide, around 15ft deep and has the potential to throw up some big weights at times. But, just being out on the bank with a mate, enjoying the nostalgia of a special time and catching a few fish is enough for me.

My approach was going to be simple, target one line at around 50m and give them plenty of bait to grub around on beforehand. The groundbait mix I had chosen for this was the BaitTech Omen and BaitTech Kult Carp Sweet Fishmeal, with the addition of a bag of soaked 2mm BaitTech Carp Coarse Micro Pellets, this would be, I hoped, a winning mix. I’d prepared most of the groundbait at home, giving me plenty of time to get sorted once on the bank. After several trips with the gear, we finally had everything at our chosen mark, and it was time to get everything in place. It is worth noting that it pays to be organised here, the last thing you want to try and do is locate things in the dark.

I decided to use two setups. The first set up would be the Cadence CR10 13ft #3 Feeder rod coupled with a Cadence CS10 5000 reel. I had this loaded with 6lb mainline and an 8lb shockleader. The second set up was the Cadence CR10 13ft Distance Feeder Rod, coupled again with the CS10 5000 reel this time loaded with 8lb mainline and 10lb shockleader. For both rigs, I went with a 0.16mm hooklength and a size 14 hook.

With everything in order, it was time for the frying pan to make an appearance, there is nothing quite like the smell of sizzling bacon wafting through the air and the Fenland air was full of mouth-watering bacon smells as we filled our bellies waiting to bait up.

At around 7:30 it was time to bait up, I put out twenty-five big bait up feeders of groundbait into the swim, this was followed by another 15 containing loads of free offerings. These free offerings included a pint of dead maggot, a pint of caster and half a kilo of corn. At 10 pm, a further ten big bait up feeders of groundbait went out. With the hard work done, it was time to sit back, relax and wait until the magic hour arrived. It’s during these couple of hours that I try to get a bit of sleep, but, like a kid on Christmas Eve, that was never going to happen, I was way too excited to get my head down for a kip.

Eventually, the clock ticked around to 23:59, a minute to go and so the feeder was filled, the hook baited and then finally, the river season open day was here!

With the luminous isotope in the air, I was willing the tip to whack over straight away, which it did at around 00:45 with a solid strike into my first fish of the season. It’s always great to get the first one in the bag, and a huge sigh of relief could be heard through the darkness as bream number one was duly netted. Over the next couple of hours, nine more fish graced the net, a couple of which may well produce a new personal best.

As daw began to break, the bream decided to feed, and with Keith catching too, the thoughts of a significant weight of bream were on the cards. Over the next few hours, we both had a frantic time of things, catching plenty of fish averaging around 7.5 and 8.5lbs.

I decided to end the session at 7 am and have a look at the catch. Now, there aren’t many times I’ve had to use three keepnets on a river, but today was one such day! Looking at how full the nets were, I knew a significant weight had been amassed. Being a high bank and a gravel bottom, a quick weigh up in the water would be required so we could return the fish as soon as possible. A few things occurred to me over the next few minutes. One was oh my god, I have three nets in the water! The second was oh my god, some of these fish are huge. Third, oh my god, what have I just achieved. There were plenty of “oh my gods” going through my head at the time!

My current personal best river bream stands at 8lb 3oz, I say current as I beat that on several occasions during this session with the biggest going 9lb 4oz, boy was I chuffed! The total weight of the fish, minus all the ounces, as it is easier to tally up, was 240lbs and the biggest catch from a river I’ve ever had and something I’ve only ever dreamt about.

Not to be outdone, Keith also had around 200lbs including some fish that were pushing 11lbs!

As opening days go, this was amazing, a red-letter day! My biggest bag of fish from the river and a new personal best bream. Hats off to my mate Keith, he knows this area well, and he did say we may have a few fish, but never in my wildest dreams did I envisage it would be as good as it turned out to be. What a fantastic river season open day and a great way to start the new season!