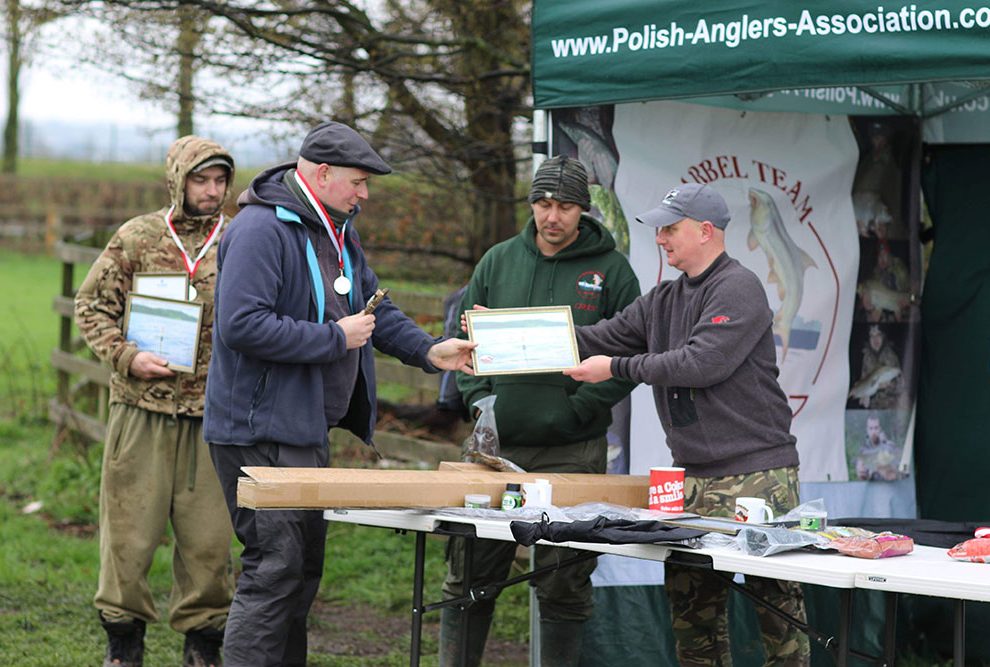 RIVER TRENT: Stoke Bardolph, 8-10 March 2019.
The ten-stage series Grand Prix Coarse 2019, organized jointly by Polish Anglers Association and Barbel Team PL / UK fishing competition, at Stoke Bardolph, located on the unpredictable and beautiful river Trent, is already behind us.
The inauguration took place at 10:00 am on March 8th. There were 18 competitors registered for the start of the 48-hour-long battle for the victory, points and valuable prizes. Despite the non-optimistic weather forecast, the organizers were proud of such high attendance. The opening of the event was hosted by Daniel Petka and Marcin Szymborski, who warmly welcomed all the participants, and then discussed the rules of the competition as well as the plan of the competition. The referee was presented, and the peg drawing took place. At 11.00 everybody went to their pegs to prepare. Punctually at 13.00 GP1 participants started to compete.
The conditions in which we battled can be gently described as terrible, though until the beginning of the struggle, nothing really indicated what was going to happen later: a real cataclysm that thwarted everyone’s plans. A very strong wind, over 45 miles per hour, heavy rain, hail and a temperature close to zero, meant the competitors had no choice but to stay in their bivvies until the weather conditions improved to allow fishing. Those who tried to fight the weather and fish in spite of everything quickly resigned. The high water level in the river, rushing like an F1 race car, carried a lot of rubbish and weed which tangled into the mainlines. The weather did not improve until the morning. At the halfway point of the competition, there was no target fish caught.
During the break, participants were treated with great yeast cakes from a regular Partner and PAA Sponsor – Polish Village Bread, as well as crispy bread and BBQ sausages.
The decoration of the winners of last year’s edition of the Coarse League also took place. They received commemorative diplomas. The cup for the first place went to Daniel Petka.
Additionally, under the Statutes of the PAA Honorary Member and in accordance with his resolution – outstanding contribution to the development and activity of our Club, RADOSŁAW PAPIEWSKI “Rado” was awarded by the Board of the Polish Anglers Association the honour of Honorary Member, personally receiving the award from the President of the club.
The guests of the competition were representatives of the Ashfield Angling club and the Environment Agency officer.
At 17:00 the competitors resumed the fishing. In the evening, the conditions improved. The first two fish were caught quickly. As it turned out, they were the only fish of this competition. From about 1.00 am, nature showed again who is the real winner and gave us snow, rain, freezing air and strong wind.
The first place with a score of 42 points went to Jacek Galikowski. The second place went to Lucjan Śliwa with a score of 32 points.
Thanks to our Sponsors, the winners could pick up hard-earned, well-deserved and great prizes: founded by the Future Fishing shop Prologic Twin Tip 12FT rods and the Prologic Tri-Sky Pod tripod. The CR10 11FT Match Rod and the CS5 Match reel were sponsored by Cadence Fishing. The fishing tackle manufacturer Pallatrax gave the winners a voucher totaling £90. But that’s not all, because the barbel and carp baits manufacturer Hinders Bait added groundbaits, pellets, pastes and liquids with a total value of £50. Polish Predator Maniac provided Crafty Catcher boilies and Marcel Van Den Eynde groundbaits with a total value of £25. Gerry’s of Nottingham tackle shop sponsored two landing nets from Greys.
The prizes for the unobtained third place were transferred to the GP2 prize pool.
Medal and souvenirs for perseverance, for participation, went to our youngest Junior Fabian Bartczak.
We would like to thank all Sponsors for the generosity and support of the event.
Thanks also to our Partners and Media Patrons: in particular for Janusz Kansik from Angling Trust and Building Bridges, Splawik and Grunt as well as Carp Master.
Thanks to Ashfield Angling for the shared fishery.
Finally, thank you to all participants, for your perseverance, for the fight to the very end, for the fact that you were with us until the end. This event would not take place without you.
We invite you to the next competition from the Grand Prix Coarse 2019 cycle. We meet on the 5th of May on the Kennet & Avon Canal at Froxfield. Tickets are already on sale.
Organizer,
Polish Anglers Association and Barbel Team PL / UK 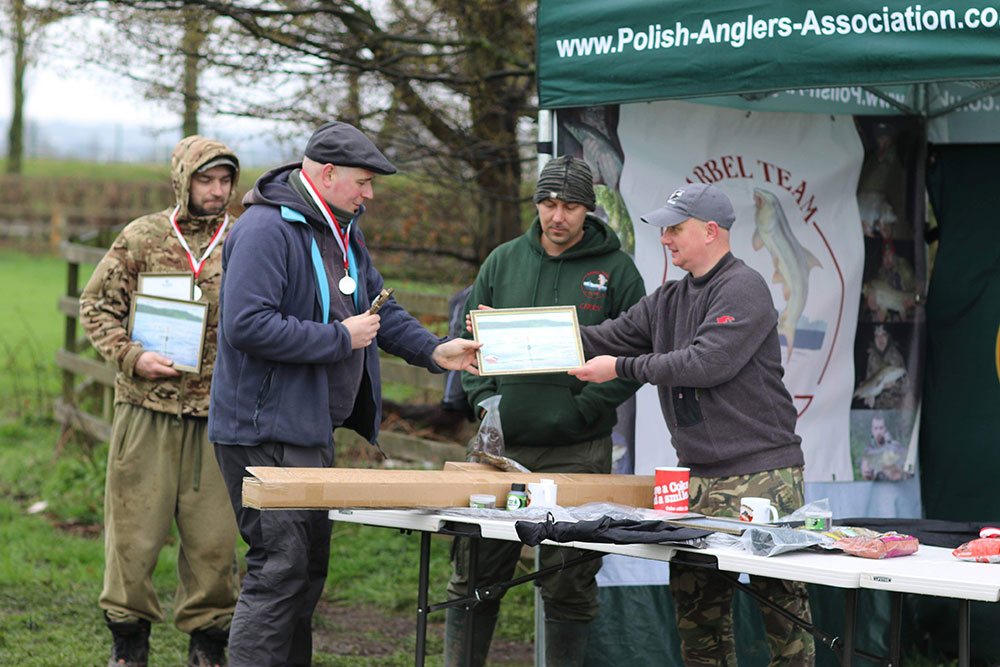