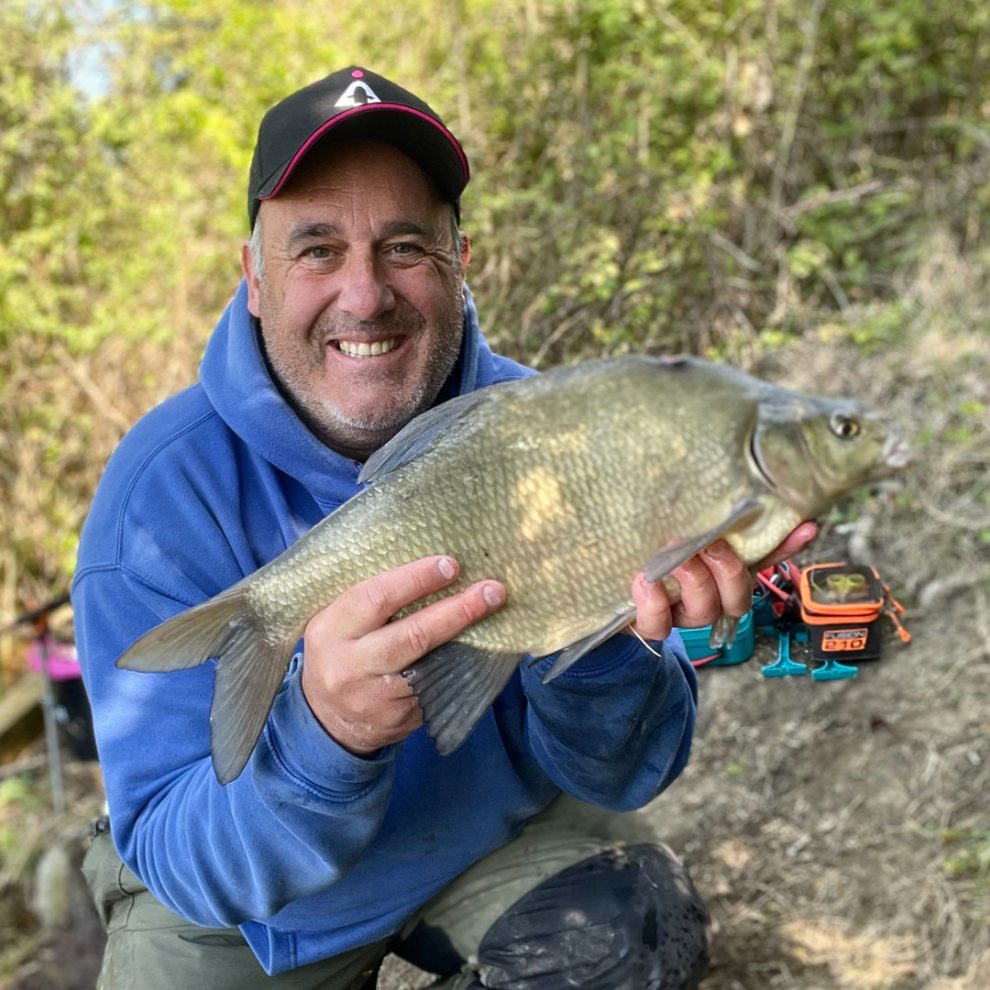 Heading back to his local pit, Steve Cowley looks back at his most recent sessions where he’s been putting our CR10 12ft #3 through its paces.

For my last few trips out, I have decided to buck the trend on my local pit and head down with a feeder rod to fish the method feeder route. There are some lovely silvers to be targeted, and being a naturally fed water, they are not easy to catch. It isn’t a heavily fished water, and with a rich abundance of natural food in the water, any rewards are welcome.

I used the Cadence CR10 12ft #3 feeder rod with the 1oz tip, which I matched with the CS10 4000 reel. I’ve only ever used this rod when the rivers have had an extra flow on, so I was looking forward to giving her an airing. The rod is the perfect tool for distance work, the oversized guides on the tips allow shockleader knots to fly through easily. This would be perfect as I had loaded up the reel with a fresh 8lb shockleader for this session.

I would be fishing a method feeder at around 50 to 55m, something the 12ft #3 handles easily.

I’m not one for using braid. It is a personal choice as I’ve always preferred mono. The chosen line is a bit of a hybrid between the two. It only has 12% stretch, meaning the shockleader was paramount to avoid crack-offs.

I like to keep things simple, and using a one rod approach was perfect for the session. It gave me no other choices to switch to so I could concentrate on the one method.

For my groundbait mix, I went for BaitTech Envy Green. This is so easy to mix, and once you have your required texture, it doesn’t dry out and stays perfect for the whole session. Envy is made almost entirely of ground hemp and ground halibut pellets. This mix produces an oily high attract mix with a medium to fast breakdown.

I also pre-soaked some BaitTech Sticky Method pellets by tipping a third of a bag into a tub, covering it with water, and leaving it overnight—a simple but effective method.

The proof would be in the pudding as I headed off to the bank with all the preparations done. The area I had chosen to target at 50 to 55m was a nice flat bottom and around 9ft deep.

I placed a small layer of pellets into the mould, added a purple critical balanced bait on top and then topped the rest of the mould off with groundbait. With the feeder cast out to the sweet spot, I catapulted three balls of groundbait over the top to sound the dinner bell.

After several casts, I began to get the odd liner before a big skimmer came safely into the net. Even though you can use keepnets here, out of personal choice, I’ve never bothered, so the skimmer was released immediately.

As the session progressed, I had a couple more bream, eight big skimmers, some big hybrids and a surprise rudd which went 2lb 2oz. These fish lit my fire, and as the first session ended, I was already planning another from a different peg but fishing the same tactics.

I returned shortly after the last session and chose another area, four pegs away from where I fished before. A similar session transpired. This time I managed six bream and some of the big resident skimmers, which proved they liked my approach.

It wasn’t long before I was back out for another session. This time I was down at my local pit, armed with the same set-up to see if my approach was a fluke or not. The overnight frost was going to prove challenging, especially with the forecast of a bright day. Undeterred, the feeder was soon cast out into the swim. My friend on the next peg was also fishing the method at a similar range, so it would be a good comparison to see how our two approaches stacked against each other.

Early liners were welcome. At least with these, I knew there were fish in the swim. Before long, bream number one was hooked and netted, with the wafter snugly in the middle of the bottom lip.

A few more bream came to the net before it went quiet. This is not unusual. A trick I’ve learnt here is to take five turns of the line off the reel. This often produces an instant response. Sure enough, it did the trick, and I stayed on this line until the session ended around midday. I ended up with seven bream and two big skimmers.

The rod performed faultlessly, and I can see other aspects of my fishing where the Cadence CR10 12ft #3 feeder can be used, so much so that I will get another one! The playing action is sublime, and the beauty of having the extra backbone throughout the rod proved itself when there is a slight crosswind and an extra punch is required. In the right situation and with the right set-up, I’m 100% certain that three-figure distances can be hit – something fellow Brand Ambassadors Wayne Bartholomew and Steve Whitfield have done.

I’ve mentioned previously in other blogs that the CR10 12ft #2 is probably my favourite rod in the feeder range, but this 12ft #3 is a close second. It ticks all the boxes for a power tool and a finesse rod when applied right. If you’re in the market for a rod to cover a wide range of situations, you should look at one.

A sneaky peak here, but Cadence will soon be launching an 11ft #3 feeder, and I can only imagine how good that will be! 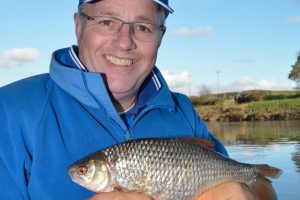